The Rice Partnership’s Chief Investment Officer, Orest Saikevych, gives an update on the outlook for fixed income and the pros and cons of holding cash as an asset class.

“I used to think that if there was a reincarnation, I wanted to come back as president or pope or a .400 hitter. But now I would like to come back as the bond market. You can intimidate everybody.”  —  James Carville On the other hand, fixed income markets had their worst quarter since 1980, with longer maturities impacted the most. U. S. 10-year Treasury saw its yield spike from 0.91% to 1.74%. This caught many investors by surprise, not by the upward direction but by the magnitude of the increase. Other international bond markets sold off to a lesser extent. Commodities were mixed, with grain and industrial metals prices rising while precious metals fell. Meanwhile, the U.S. dollar confounded many bearish economists by increasing for the quarter.

Investor sentiment approached an exuberant level – not surprisingly, a few blow-ups occurred. Retail investors from Robinhood squeezed short sellers in stocks such as Gamestop and AMC Entertainment which had fallen into the speculative category. Wrong way bets by Archegos Capital Management led to a margin call and liquidations of a few stocks including Discovery and ViacomCBS. Fortunately, the damage was confined to these areas while the rest of the market emerged largely unscathed.

A Long, Cold Winter then a Spring Thaw

The year began drearily enough with Covid-19 worsening again both here and abroad. Numerous states and municipalities responded by imposing restrictions on movement which also curtailed economic activity. A sharp February cold snap hit Texas and the mid-section of the country, aggravating supply chain issues caused by the pandemic. To add to the misery, the 200,000-ton cargo ship Ever Given ran aground in the Suez Canal and blocked traffic for a week, further snarling global trade.

Meanwhile, a number of good things also happened. Congress passed a $1.9 trillion stimulus package, the third since last April. A $2.25 trillion infrastructure bill was proposed by President Biden to shore up and sustain the economy into the future. The vaccination effort ramped up significantly and now about a third of the U.S. population has had at least one dose. As warmer temperatures returned, the number of new cases lowered in most regions of the country.

The U.S. stock market has had an unprecedented rally off its lows a year ago. Valuations are high, with the forward price/earnings multiple of the S&P 500 Index at over 20 times; this is being offset by lingering low yields on fixed income instruments.

Interest rates remain important to equity market performance. Although a gradual rise in rates reflects a recovering economy, a rapid upward spike is destabilizing and provides stiffer competition for stocks. Interest rates often take their cue from inflation, which should pick up this year. Key to the inflation question is whether the increase will be transitory or the beginning of a trend.

The Federal Reserve and most economists believe that the increase will be temporary, largely reflecting a rise from the depressed levels of last year. We probably won’t know the answer until the second half of 2022, as a tug of war plays out between rising commodity prices due in part to supply chain issues and subdued wage growth due to slack in the labor force. Indeed, even with a robust March employment report of over 900,000 new jobs added, over 8 million jobs still need to filled to get us back to pre-pandemic levels. It will be difficult to get wage inflation without attaining full employment.

A rapid increase in economic growth expected for the rest of 2021 should help stocks “grow into” their valuations. Real GDP (Gross Domestic Product) growth is projected to be in the 6-8% range, with estimates rising considerably since January.

Passing an infrastructure bill in some semblance of its current form would have mixed results for the economy and the markets. Stimulus components such as “pick and shovel” projects would be countered by an increase in the corporate tax rate from 21 to 28%. Just like the inflation outlook, we won’t know what the final form of the infrastructure bill will be (assuming one passes) until summer.

“No amount of sophistication is going to allay the fact that all of your knowledge is about the past and all your decisions are about the future.” —  Howard Marks

Most global equity markets rose in the third quarter, while bonds remained little changed. U. S. stocks surged until early September when market-leading mega cap stocks such as Alphabet (Google), Apple, Netflix and Facebook corrected sharply, resulting in a down month for the indices. Commodities appreciated along with precious metals such as gold, copper and other industrial metals, while oil prices gave up earlier gains. The American dollar sold off to levels last seen in early 2018 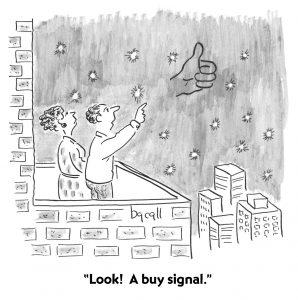 A Sharp Bounce Off the Bottom Followed by Moderation

After plunging 31% in the second quarter, real GDP growth spurted in late spring and summer as employment, consumer spending, consumer confidence and housing all rose sharply.

A resurgence in Covid-19 cases in the Sunbelt states combined with termination of part of the CARES Act passed by Congress caused progress to moderate. Negotiations over a sequel “Phase 4” bill stalled in Congress, with executives from hard hit sectors such as airlines and hospitality warning of large layoffs.

Many small businesses continued to struggle, lacking access to capital markets shared by bigger companies. Due largely to the pandemic, the country currently has a very bifurcated or two-speed economy. Areas such as housing, technology and many large companies are prospering while others are in deep trouble. Although Wall Street reflects the direction that Main Street will be heading in the next few months, the absolute level of each at the moment is quite different.

Meanwhile, the Federal Reserve Bank formally switched its preemptive stance on inflation to a more reactive strategy, promising to raise interest rates only after the inflation rate exceeds 2% on a sustainable basis and after the economy is operating at full employment. In essence, the inflation focus of the last several decades has flipped to employment first — then inflation. This reflects a failure by the Fed to bring inflation up to a sustainable 2% level after the Financial Crisis of 2008.

Covid-19 Developments and the Upcoming Election

Research continues unceasingly on a Coronavirus vaccine, with numerous companies and laboratories in Phase 3 (the most advanced) trials. The earliest results are optimistically due in a month or two. Obviously, a successful vaccine would be a game changer and mark the beginning of the end to the pandemic. This comes as the first full cold season of the virus is upon us, when people mostly gather indoors and the pathogen has the greatest opportunity to spread.

Schools have started to reopen, bringing the possibility of children, though generally less affected by COVID 19 than adults, passing on the infection to their parents and grandparents. Until an effective vaccine is found, the virus won’t be able to be fully controlled, but massive outbreaks can be avoided through the consistent use of face masks, proper social distancing and contact tracing. Testing procedures have also improved dramatically since February.

The November general election looms as a source of uncertainty. In particular, the prospect of a delayed and contested result has concerned investors, similar to the “Florida hanging chads” in the Bush-Gore election of 2000. In recent days, however, polls have indicated a larger lead for the Democratic challenger, former Vice President Biden. Additionally, a number of important battleground states have taken measures to speed up the processing of mail-in ballots, allowing some results to be known on Election Night.

Control of the Senate is also at stake, with Republicans currently holding only a small majority. Of course, there is still about a month left before the election, and pollsters have been wrong before, as the outcome in 2016 has shown us. As has been the case time after time, however, the markets are more concerned about certainty and a definite resolution rather than who wins.